Lepidothamnus fonkii is the southernmost conifer in the world, reaching 55°S in the Magallanes region of Chile and Argentina's Patagonia and occurring in habitats from sea level to about 600 m. (Pilgerodendron uviferum is almost as southern as L. fonkii, and they often associate with each other, growing in very wet conditions where summers are rainy and cool, and winters are rainy and mild.) 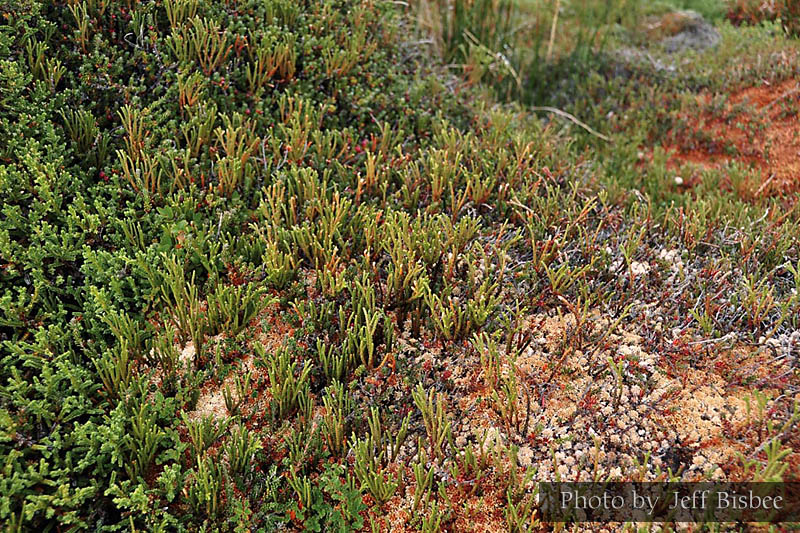 Our team has met with Lepidothamnus, this peculiar podocarpoid conifer, in the Villa Sta. Lucia area near the famous "Carretera Longitudinal Austral" between Chaitén and La Junta (Región de Los Lagos (X)). Large patches of the plant were up to 0.5 m high in extensive peatmoss bog (turbera).
Based on that documentation we could compile the photo plate for Conifers Around the World (page 875). Very recently, we received an excellent series of interesting photographs of the same plant from our friend and colleague Jeff Bisbee (Nevada) who visited southern South America and provided us with the following report. His photos were taken in a general habitat somewhat different from what we documented.
(contribution from Jeff Bisbee:) 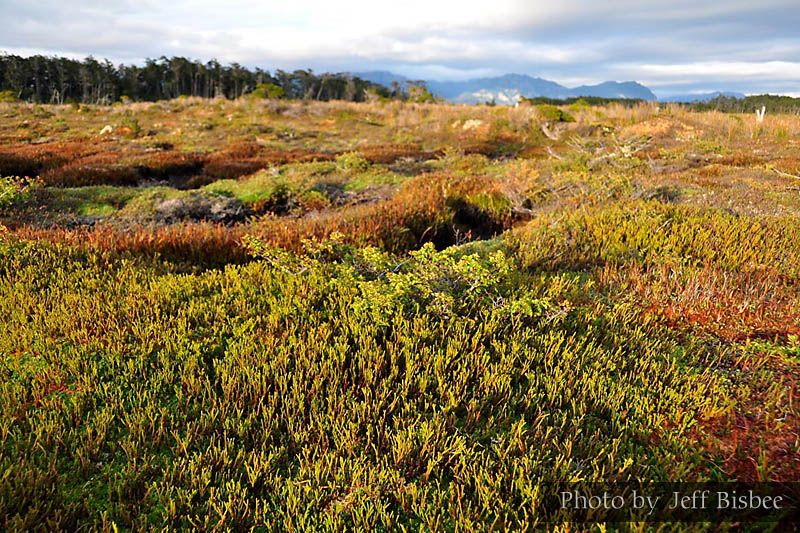 Recently, while visiting southern Chile (on a rare day with little wind and sunshine) I was able to photograph Lepidothamnus fonkii in the peat-bogs in a very rainy area, south of Puerto Natales. On my first attempt, I was unable to locate these tiny plants. Determined to find them, I returned to the same bog the next day. Spotting some Pilgerodendron uviferum in the distance, I decided to take a closer look. While examining them, I suddenly looked at my feet and realized that I was walking through a tiny "forest" of Lepidothamnus fonkii! They were scarcely more than 15 centimeters tall. At the time of my visit (early March), there were still a few plants that were "coning", which consists of a single seed. The peat bogs are surrounded by forests of Nothofagus betuloides and N. pumilio.