This juniper has a broad distribution in the mountains of central Asia, from the Altai through the Tien Shan, the Pamirs and the Karakoram, with an altitudinal range of 1950 to 4100 m. 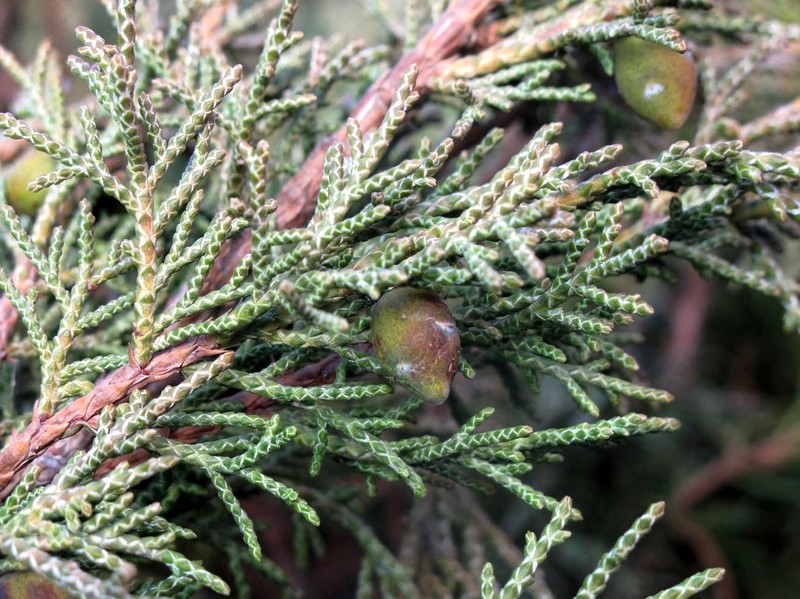 Sometimes as low as Juniperus sabina, or a higher shrub up to 2, rarely up to 4 m (in this case with a broad-conical habit), it usually remains an almost groundcover-type of plant. Its western variety, var. turkestanica (or as originally described in 1924, Juniperus turkestanica) however, is a monopodial tree that can reach 18 m, though usually less than that.
This latter plant is forest forming, while Juniperus pseudosabina is scattered in open land, such as in the subalpine belt, but also commonly occurring in open stands of fir or spruce (Abies semenovii, Picea schrenkiana). Juniperus pseudosabina is one-seeded, while turkestanica is one- or two- seeded. Page 349 in Conifers Around the World has  photographs taken in the western Tien Shan in 2003, the other photos are from our recent re-visit to the same region, late October 2012.
The landscape photo at the bottom shows a young (perhaps second-growth) stand of Picea schrenkiana in the distance, with a typical "juniperetum" in the foreground with scattered young, mostly upright, shrubs of Juniperus semiglobosa and low carpets of Juniperus pseudosabina.