Wild populations of this well-known cypress are not commonly seen. One has to travel to Crete or a few other Aegean islands, or certain places in Turkey, to mention some better known locations. When we were on our 2010 trip to Turkey and made a brief detour to enter Dilek Peninsula, we did not expect to see it. 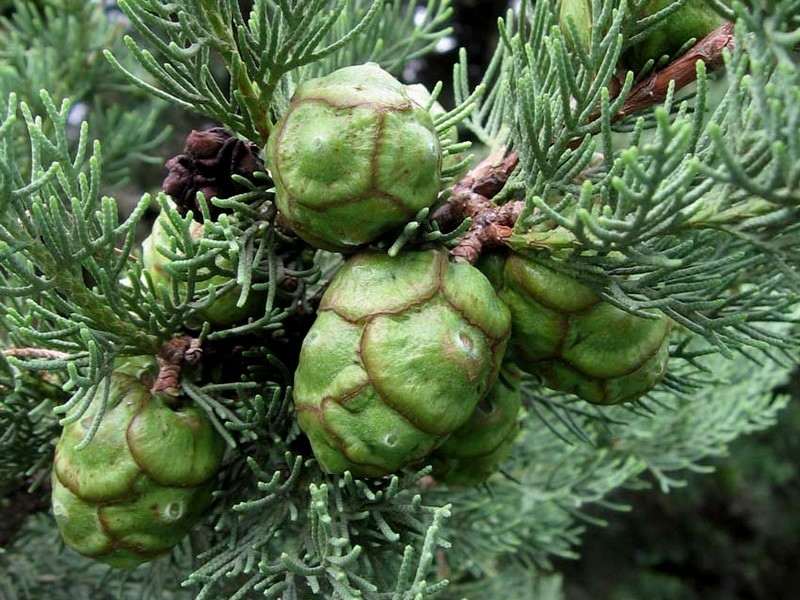 Yet the detour was a really worthy one! Beautiful specimens of the cypress were right there in the inaccessible steep slopes of a canyon cutting into the small mountain range (called Samsun) that occupies the middle of the peninsula.

The Dilek Yarimadasi Büyük Menderes Deltasi Milli Parki (est. 1966 as a national park with a later addition of the river delta area) is known for its unique composition of flora and fauna, not just on the 10+ km2 hilly or mountainous area of the park (with the highest point, Mykale, 1237 m), but also the delta and the coastal (marine) areas. 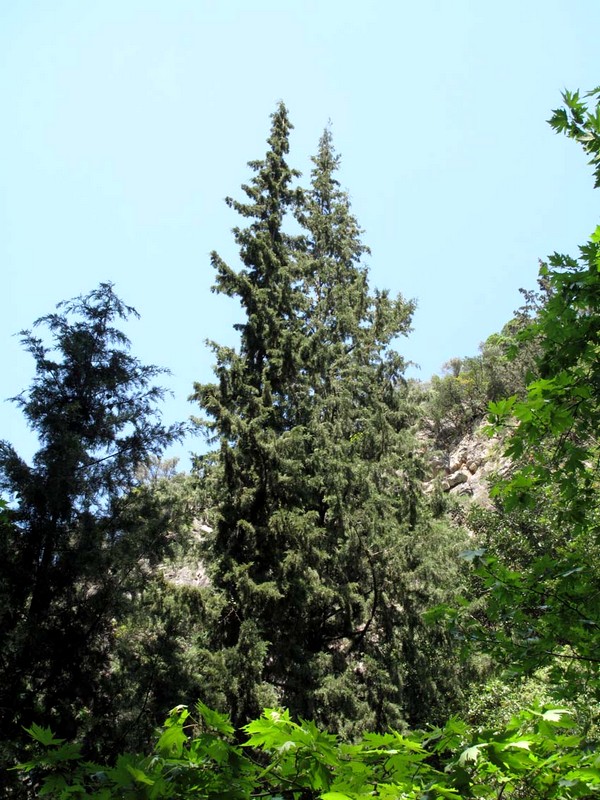 About 900 vascular plants are native to this rather small peninsula; reportedly, this is the only place where Quercus aucheri and Juniperus phoenicea occur together in the same vegetation. – Cupressus is the most striking plant of the canyon vegetation. Some of the trees are two- or three stemmed, or even completely irregularly branched from the bottom, others are monopodial, with crowns quite compact and narrow-conical, or the lateral branches variously irregular.

The canyon vegetation is a mixture of mediterranean as well as temperate elements (with trees and shrubs typically confined to the frost-free Mediterranean coasts, associated with others native to areas far to the north). Anyone interested in the flora and vegetation of this part of western Asia, will be delighted to marvel at the beauty and botanical richness of this place, as well as the many blue shades of the Aegean Sea, with the island of Samos (Greece) only 2 kilometres away from here.