Mexico, with its 93+ species and varieties of conifers, is a very special place for any conifer explorer and was a must place for our Dendrological Atlas project. Given the goal – documenting possibly all conifer taxa in Mexico within a realistic time frame – seemed and was indeed a huge task. 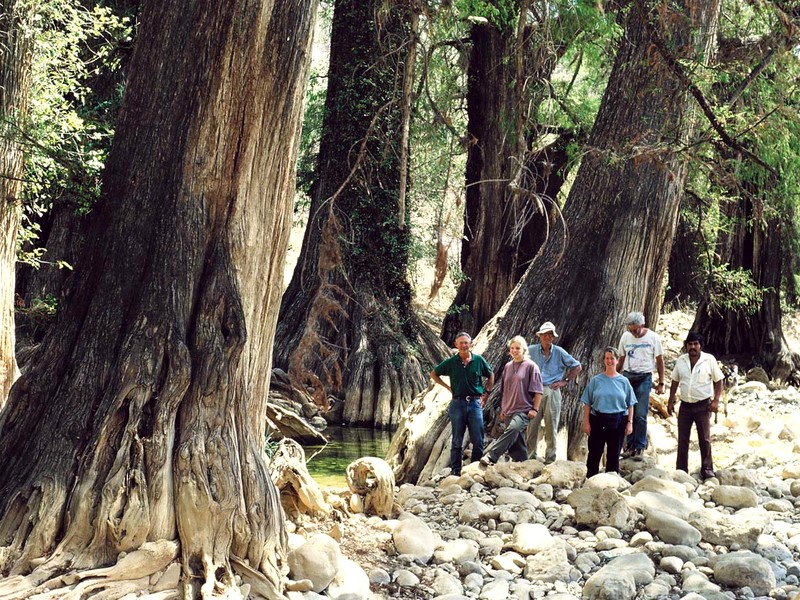 Careful planning and adequate funding was needed to prepare our trips; we had to find a base camp, look for good vehicles, helpful guides, expedition gear and more. For our Dendrological Atlas team – drs. Zsolt Debreczy, Gyöngyvér Biró, István Rácz, the door was opened by professor Boone Hallberg of Ixtlán de Juárez, Oaxaca, who provided us with the initial guided tours in central Oaxaca (November 1990) and later, with a perfect base camp for our subsequent Earthwatch- and IDRI-supported expeditions between 1991 and 2004. Mr. Hallberg was also our main advisor in all matters of our activity in Mexico. 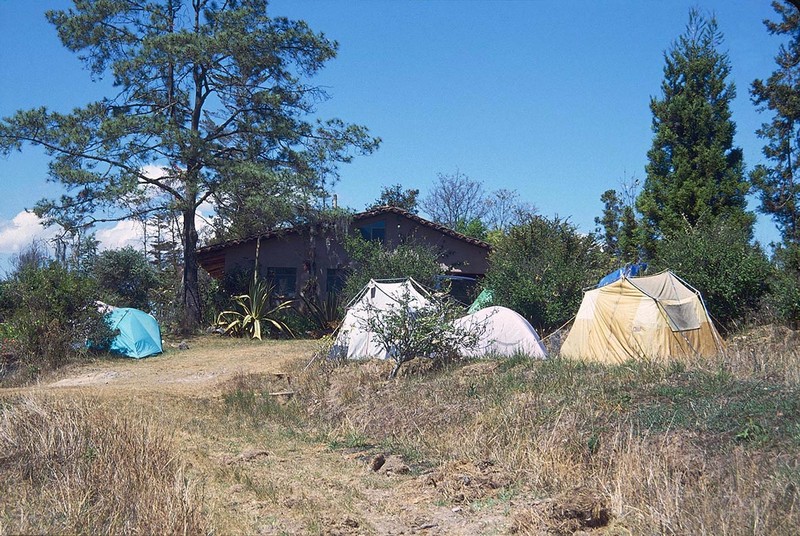 1. A team of volunteers and guides near a small river south of Oaxaca City, with an oldgrowth stand of Taxodium mucronatum (‘Ahuehuete’)

2. Our base camp on Boone Hallberg’s Rancho Teja, near Ixtlán de Juárez, with the “casita” that provided home for the indoor work and served as the kitchen and dining room, bathroom, herbarium storage; the volunteers’ tents were set up in the surrounding area.