The story of the discovery, natural history and taxonomy of this remarkable plant has been described many ways, many times; one of the latest is an article and two associated reports in a 2009 issue of Arnoldia published by the Arnold Arboretum of Harvard University. (By typing in the key words 'Arnoldia' and 'Cathaya', the article readily comes up on the web). 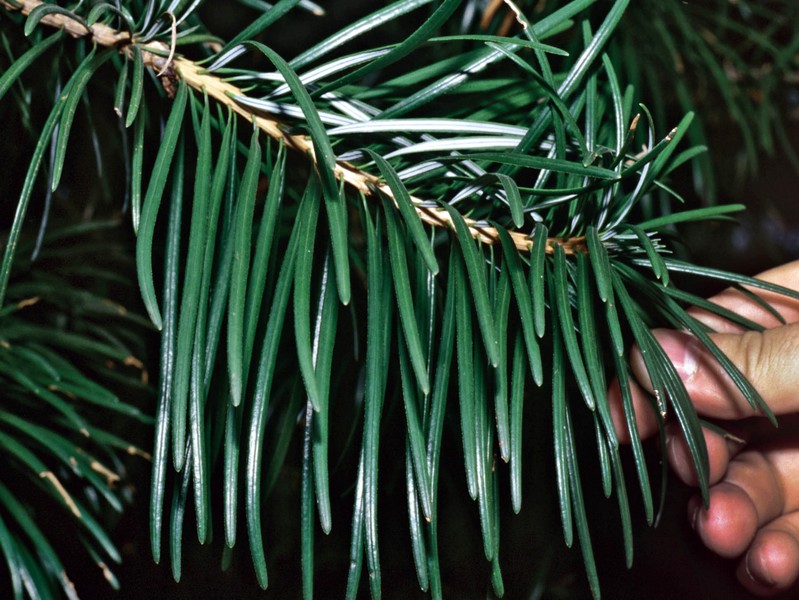 Cathaya was found in 1955 in northern Guangxi, in a mountainous area which later became Huaping Nature Reserve. What makes this place so special for our team, is the fact that – according to the local guides who accompanied us to the site with a small grove of mature Cathayas – our team of Zsolt Debreczy, Gyöngyvér Biró and István Rácz was the first foreign group that received permit to enter the reserve. It happened with a special permit from several authorities, arranged through the Botanical Garden, Institute of Botany, Academia Sinica (as they then called the Chinese Academy of Sciences). From Beijing, Zhao Yinghao was our expedition leader. On that day, April 23, 1995 we could take a series of photographs of the trees and their associated plants. 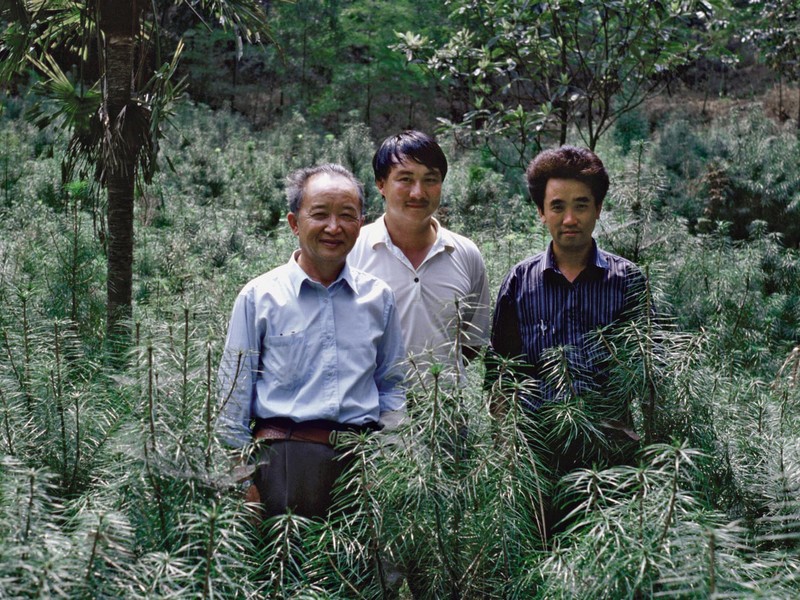 Of conifers at around 1360 m, on the granitic outcrops the most prominent tree was Pinus kwangtungensis and besides Cathaya, only a few small trees of Fokienia hodginsii were found. Cunninghamia lanceolataoccurred on the lower slopes in seminatural environment. At another occasion, on September 24, 1998 we were led by our expedition leader Dr. Xiang Qiaoping, a researcher at the National Herbarium in Beijing, to Xinning, southern Hunan Province, to the "Cathaya Farm" (part of the Xinning Forestry Research Institute). In the nursery area we were shown around by Professor Luo Zhongchun, pictured below with two of his coworkers among young potted trees of Cathaya.

Professor Luo was a key person in the early efforts of comprehensive ecological studies and propagation of the plant. In 1998 he was leading us to the nearby habitat of Abies ziyuanensis. The photographs here show details of Cathaya, i.e., young bark and trunk of a mature tree, cones (courtesy of Dr. Qin Haining, PE), foliage, and branchlets. The species is featured in Conifers Around the World on page 319.