The only temperate-zone species of the genus, this Araucaria is amongst the most unique species of all conifers. Found in the scenic environments of southern Chile and Argentina, it is quite often associated with showy volcanoes and forms strikingly interesting open stands or thick forests, usually with species of Nothofagus. 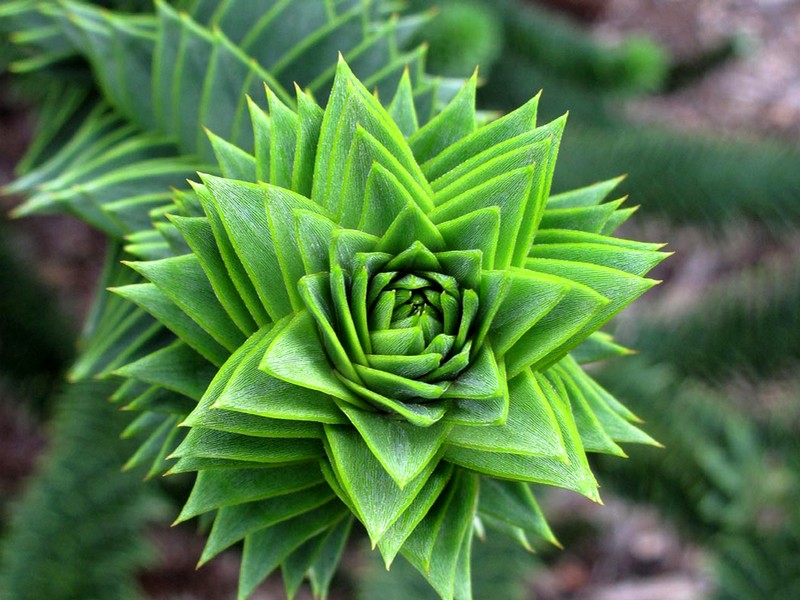 Our exploration of the Araucaria habitats took place in January-February 1996 (though Zsolt visited the place previously, to make arrangements for the planned Earthwatch expedition). There were two teams that assisted our "documenting dendroflora" in the beautiful setting on the foothills of Volcán Llaíma (3124 m), with a base camp of tents and cabins, some of the latter are built around living trees of Araucaria!

Hard to imagine a better place for basic botanical documentation in a national park (here, Conguíllio N.P.), this was made possible in cooperation with the local forestry conservation office of CONAF, and colleagues from both the Departamento de Ciencias Forestales, Universidad Catolica de Temuco and the Universidad de Chile, Facultad de Ciencia, Departamento de Biologia. Research permit was provided by the UG. Patrimonio Silvestre. – Of the many wonderful hours, a most memorable one was visiting the "Mother of the Forest" as they call the largest tree of Araucaria here... On a warm Thursday, January 16, the team makes an excursion on the trail "Los Carpinteros" named after the read-headed black woodpecker, the carpintero negro (Campephilus magellanicus). 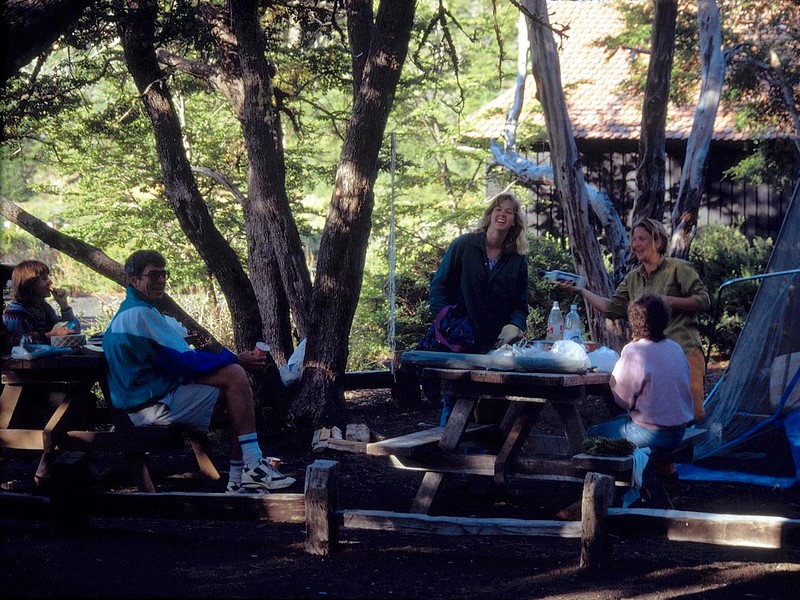 We measure the tree: it is 48 m high, with a circumference of 633 cm (DBH 201.5 cm). Our Temuco colleague, Marco Cortes uses an increment borer to identify age; the growth rate is roughly 1mm/year so a quick counting would result in 1280 years… What a privilege to take a group photo with the ancient Araucaria! Bottom row from left, Marco Cortes, our co-Principal Investigator, behind him is Melanie Chambers, then Zsolt Debreczy, Gyöngyi Biró, Ruth Bunemann; standing from left are Kristin Krause, Pat Fox, Elois Thomas, Kristine Humphries, Hans Knapp, and Keith Guthrie. Many thanks again for all their contributions!