On a recent trip to Turkey our team was driving through the Toros mountains in the Akseki region. As the road was ascending the vegetation changed according to elevation and exposure, from mediterranean maquis to high-mountain mixed deciduous/evergreen shrub-forests and scrubs (pseudomaquis). 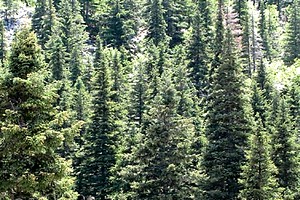 Beginning around 800 m open stands of juniper formed attractive views – especially memorable were the scattered trees of Syrian juniper (the male individuals just in the best phase of pollinating, May 2, 2010). As reaching higher elevations, more and more trees of the Cilician fir, as well as Lebanon cedar, appeared in the mountainous landscape.

It was a gorgeous day and we stopped several times to take photos. Some of these are seen below, alongside some other shots that we took in our first visit to the region in 1980, or in cultivation at other times. 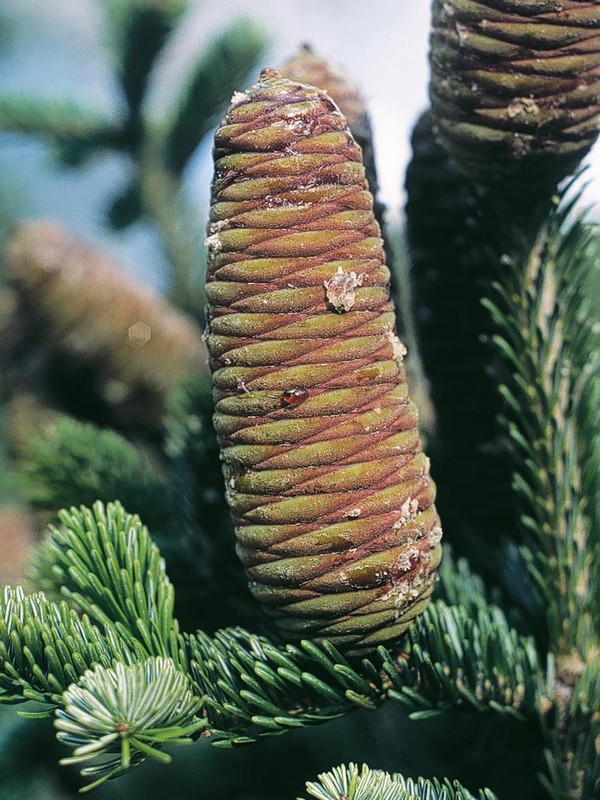 The species is widely cultivated in temperate zones although sometimes misnamed (confused with Abies nordmanniana). The cones are markedly different – Abies cilicica having bracts usually hidden (versus exserted and reflexed in A. n.). Interestingly, both species can have cones either reddish-brown or light green.